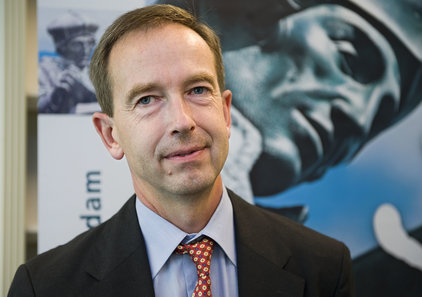 Professor Casper G. de Vries holds the Witteveen chair of Monetary Economics at the Erasmus School of Economics, Erasmus University Rotterdam. Casper is a fellow of the Tinbergen Institute and serves as a member of the Scientific Council for the Dutch Government (WRR); he is also an advisor to two Dutch pension funds. Casper received his graduate training at Purdue University, after which he held positions at Texas A&M University and KU Leuven. He has been visiting scholar at several European and American research institutes and central banks. Most recently at Chapman University. He has served as vice dean of research and education at the Erasmus School of Economics and as a crown member to the Dutch socio-economic council (SER).

Casper de Vries’s research interests focus on international monetary issues, like foreign exchange rate determination and exchange rate risk, the issues surrounding the Euro, financial markets risk, risk management and systemic risk and, last but not least, applied game theory. In his research on financial risks, Casper has specialized in calculating the risks on extreme events by means of statistical extreme value analysis. Casper also takes an active research interest in contest and auction theory, which can be applied to the theory of lobbying. He has published widely in leading internationally refereed journals, like the international economic review, the journal of econometrics, the journal of economic theory, the American economic review and the review of economics and statistics.